Influenced by the world of art, new global doors opening and the desire to disconnect from technology and unwind, designers this season have gravitated toward a palette that is first and foremost calming. Paying homage to the beauty of natural resources, colors emerging in the Spring collections serve as vehicles that transport wearers to more tranquil, mindful environs which encourage relaxation first, followed by curiosity and exploration. 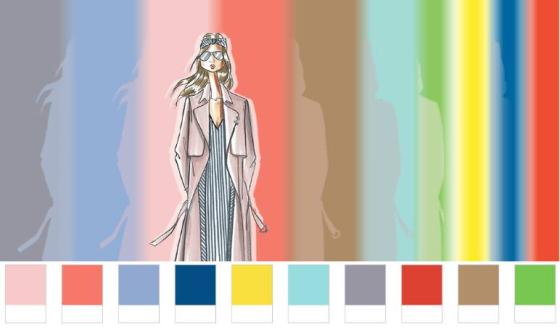 Designers were also inspired by the contrast of urban design and lush vegetation, leading to unexpected color combinations and collections reminiscent of architecture, travel and nostalgia. By creating looks that truly represent the world we live in, both constructed and organic, designers sought to awaken a sense of reflection, followed by playful escapism. Artists, many of whom are known for bold color usage and strong shapes and lines, played an influential role in this season’s styles – from Matisse, Picasso and Frank Stella to Esther Stewart and Sam Falls. With Cuba and other destinations south of the border top of mind, designers are playing with courageous color statements that aren’t afraid to be vibrant but at the same time are combined with quieting, classic and more natural tones.

“Colors this season transport us to a happier, sunnier place where we feel free to express a wittier version of our real selves,” said Leatrice Eiseman, executive director of the Pantone Color Institute. “With our culture still surrounded by so much uncertainty, we are continuing to yearn for those softer shades that offer a sense of calm and relaxation.”

Colors this season transcend cultural and gender norms. Vivid brights give way to excitement and optimism, though quiet stability prevails in this season’s palette. For Spring 2016 there are truly no perceivable distinctions in color choices between the men’s and women’s collections, both of which focus on a desire to breathe and reflect, then play.

The soothing, calming nature of colors in the Spring collections are led by Rose Quartz, a persuasive yet gentle tone that conveys compassion and a sense of composure. Like a serene sunset, flushed cheek or budding flower, Rose Quartz reminds us to reflect on our surroundings during the busy but lighthearted spring and summer months. 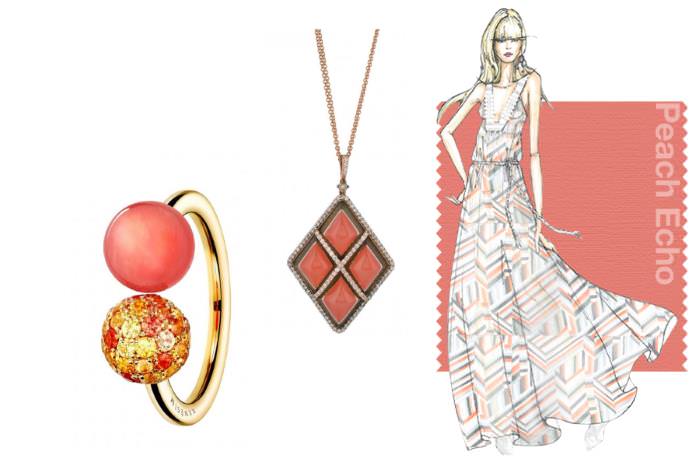 The fashion and design communities, and consequently, consumers, have been in love with orange for several seasons. Coming to the fore this Spring is, Peach Echo, a shade that emanates friendlier qualities, evoking warmth and accessibility. It is an all-encompassing, tempered companion in the playful orange family. 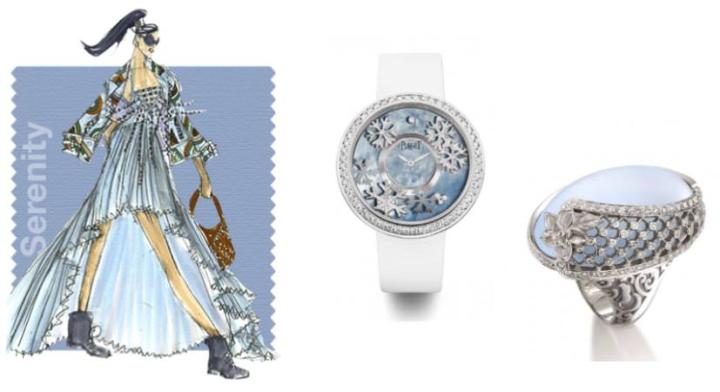 Weightless and airy, like the expanse of the blue sky above us, Serenity comforts with a calming effect, bringing a feeling of respite even in turbulent times. A transcendent blue, Serenity provides us with a naturally connected sense of space. 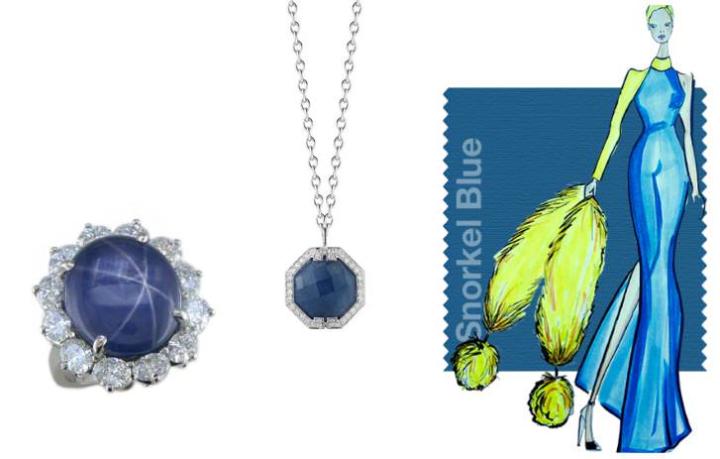 A maritime-inspired blue, Snorkel Blue plays in the navy family, but with a happier, more energetic context. The name alone implies a relaxing vacation and encourages escape. It is striking yet still, with lots of activity bursting from its undertones. 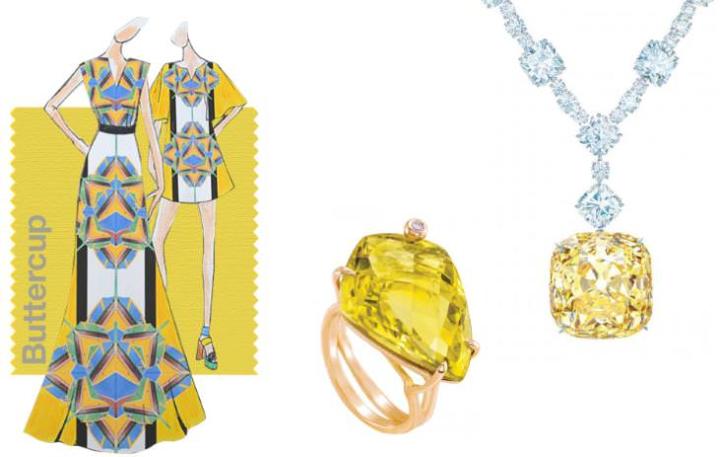 While the majority of the Spring/Summer palette trends toward calmness, a few diversions from the theme emerge that offer a contrast. With Buttercup designers reveal a shining beacon transporting its wearer to a happier, sunnier place. 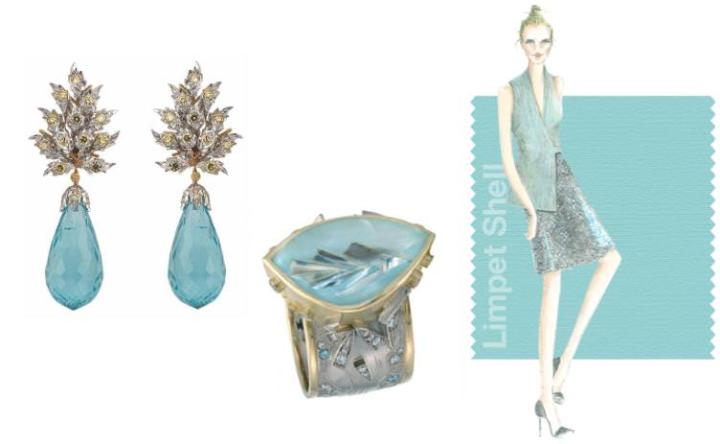 A shade of aqua that leans toward the green family, Limpet Shell is clear, clean and defined. Suggestive of clarity and freshness, its crisp and modern influences evoke a deliberate, mindful tranquility. 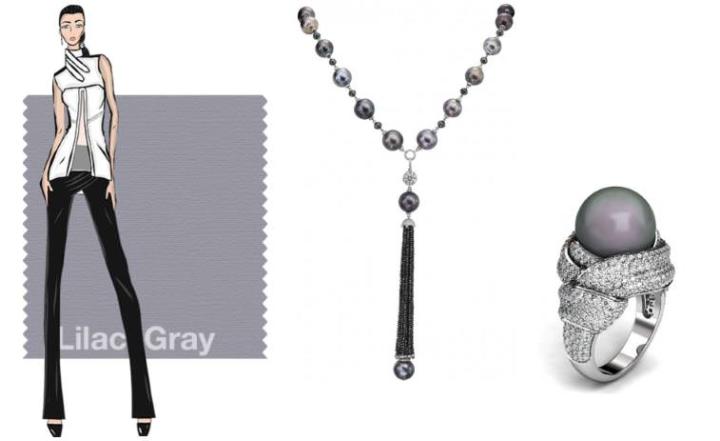 As in most any season, the need for neutrals arises. Essentially a basic, the subtlety of the lilac undertone in, Lilac Gray, adds a distinctive edge to this classic gray shade. 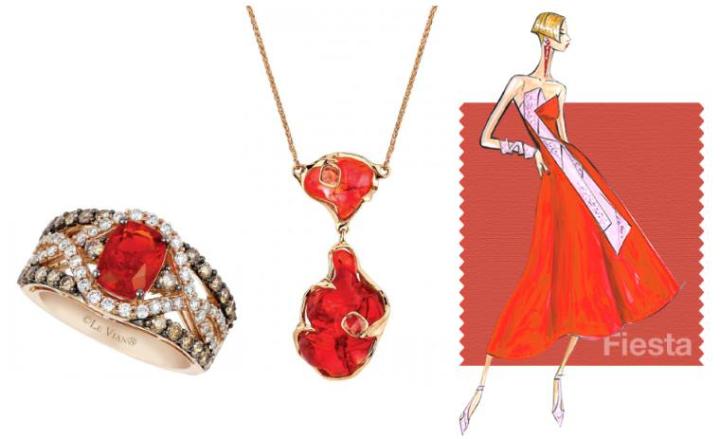 The high energy Fiesta is a harbinger of excitement, encouraging free-spirited exploration to unknown but welcoming locales. A strong and fiery, yellow-based red, the vivid Fiesta provides a stark contrast to the calming, softer nature of this season’s palette. 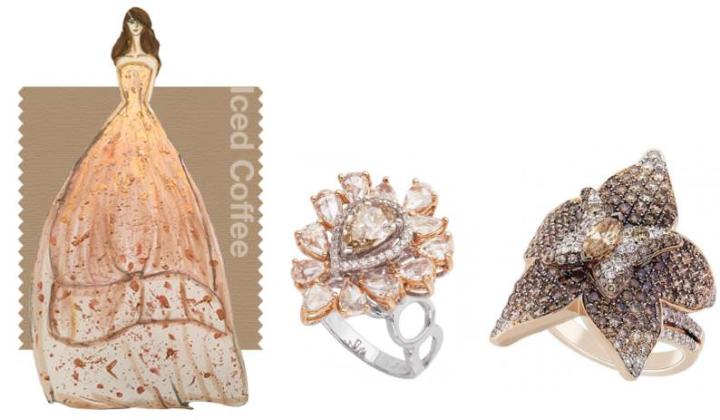 A transitional color that will take us through the seasons, Iced Coffee manifests as another strong neutral for the season. With its natural earthy quality, the softness and subtlety of Iced Coffee creates a stable foundation when combined with the rest of this season’s palette. 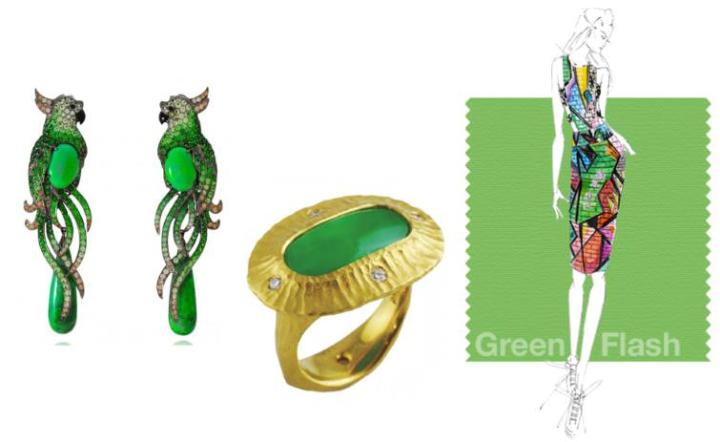 Green Flash calls on its wearer to explore, push the envelope and escape the mundane, radiating an openness that combines with the rest of the palette in unexpected but serendipitous ways. The popularity of this brilliant hue is representative of nature’s persistent influence even in urban environments, a trend continuing to inspire designers. 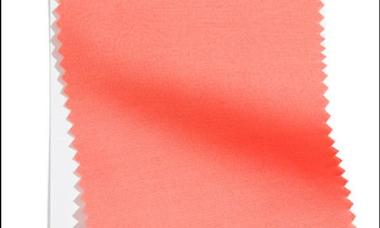 Published for the fashion industry by the Pantone Color Institute, Pantone’s trend forecasting and color consultancy, this season’s report features the top (...) 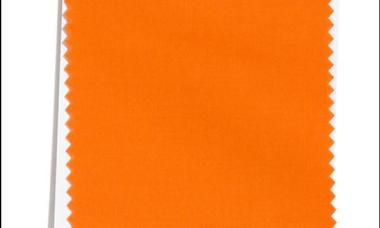 Published for the fashion industry by the Pantone Color Institute, Pantone’s trend forecasting and color consultancy, the Fashion Color Trend Report is your (...) 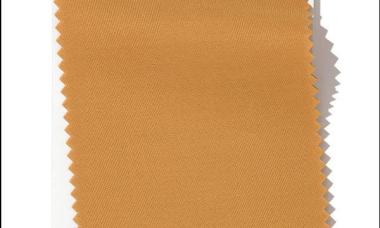