EBEL a window to elegance


EBEL a window to elegance

The ambition of Flavio Pellegrini, the venerable Swiss watchmaker’s new president, is to take the company back to its core values. He hopes to recapture the ladies’ market with models that combine beauty and precision with a design that is guaranteed to stand the test of time. This year’s exclusive and limited series pays tribute to the company’s historic connection with architecture. Behind the scenes, an immense effort is under way to clarify the brand’s identity. 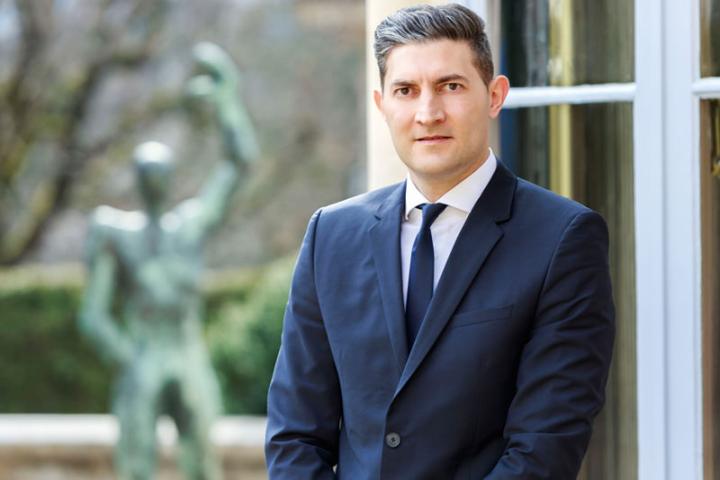 Combining beauty and utility, merging form and function, leaving a mark on the collective unconscious, standing the test of time, ensuring timelessness while acknowledging current trends... Eugène Blum and Alice Lévy, who founded Ebel in La Chaux-de-Fonds in 1911, shared more than just a home town and a generational understanding with architect Le Corbusier. Despite working in different fields, they also had similar ambitions in an age when everything seemed possible.

Flavio Pellegrini, the company’s president since 2014, wants to return to the essence of Ebel’s cardinal values: beauty, function, aesthetic refinement and technical precision. “We have a very rich heritage, particularly in women’s watches. But we have to ask the right questions: what is Ebel’s raison d’être? How can the brand stand out from the rest of the watchmaking landscape? I have come to the conclusion that simplicity, purity of design and technical precision are the true guiding threads of the company’s history. We need to return to our fundamental values.” 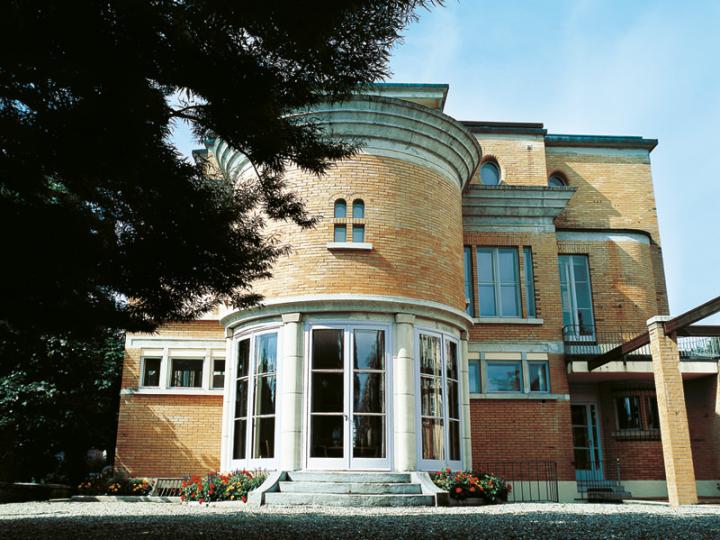 It was in the Villa Turque, built by Le Corbusier a century ago, and which has been in Ebel’s possession for thirty years, that Flavio Pellegrini delivered his unequivocal message: look out, Ebel is back – and this time we’re here to stay! After a number of difficult years, during which the brand identity seemed to have blurred, and its design lost some of its focus – there’s nothing like an honest appraisal to provoke necessary change – Ebel is seeking to reconquer its place on wrists (75% women’s wrists...) with accessible and elegant watches that have personality. 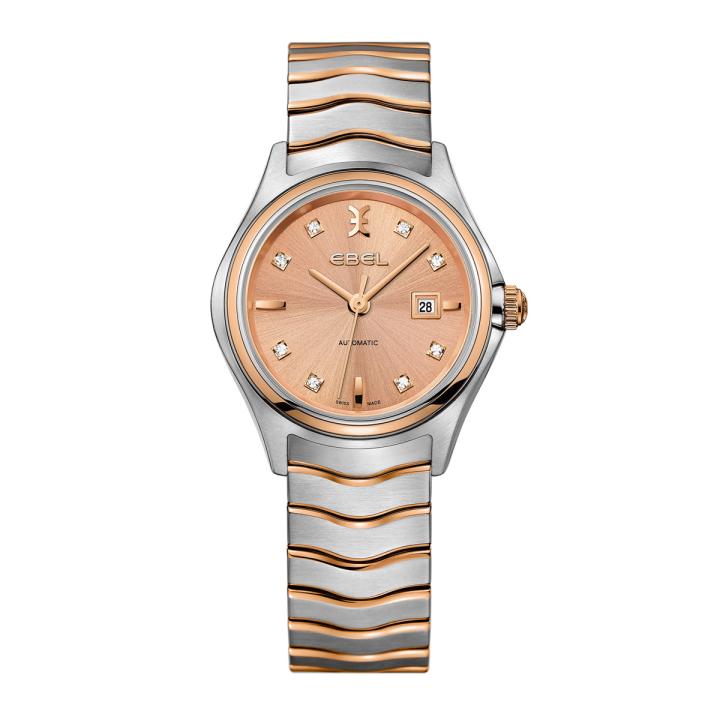 THE WAVE: A FIRST STEP

The company has no lack of heritage on which to build its future. The first step in its renaissance last year was the relaunch of the legendary Wave, with its distinctive undulating bracelet, still a bold design today. The strategy worked: the two Wave collections now account for 80% of the brand’s sales. “My road map was clear: to put Ebel’s destiny back on track,” notes Flavio Pellegrini. “And the way to do that was to focus on the products. Since I arrived, we have reduced the number of references from 120 to 80 models, and the number of collections from seven to four. It was a vital exercise in clarification.” In short, he has re-centred the company on pure watchmaking, rather than simply producing accessories for women.

The Wave was the first step. The next will be the relaunch of the Sport Classic next year. “It’s another icon, and I’m convinced it will make an enormous impact. With the current climate, which is more conservative on pricing, but also more ‘human’, the timing is perfect for our collections. As Le Corbusier said: ‘To be modern is not a fashion but a state... He who understands history knows how to find continuity between that which was, that which is, and that which will be.’ Our founders laid the foundations for what our brand is today: watches that can be worn playing tennis or at the opera, for every day as well as for evening wear. Why would we stray from that? Paradoxically, our vintage side also appeals strongly to millennials!”

EUROPE AND THE MIDDLE EAST IN THE SIGHTS

So, is it possible to construct an identikit portrait of  Ebel’s typical client? Flavio Pellegrini is happy to have a go. “She’s probably around 40, and she drives a Mini. She’s a woman of today: she has no need to show off, she’s independent and confident.” Ebel’s priority target markets are Europe and the Middle East. “We are hoping to reactivate our historic markets, like Italy and France, by going through multi-brand retailers; we respect their role and we’re happy to play the game. Our strategy does not include standalone boutiques. Also, as we have no presence in China we don’t have the stock problems of some of our competitors,” notes Flavio Pellegrini. “We have a great deal of freedom and infinite possibilities for innovation.”

Ebel’s 2016 vintage paints a picture of a transitional year, celebrating a return to core values – the distinctive pairing of aesthetic harmony and precision, which results in a kind of timeless appeal – with a luminous limited series, La Maison Ebel, whose mother-of-pearl dial is inspired by one of the oval windows in the Villa Turque. Three series of fifteen watches are available, in 18K yellow, white and rose gold. The ballet of the small running seconds hand, which appears next to the date in a rounded opening in the dial, is intended to be a reminder that every second counts. 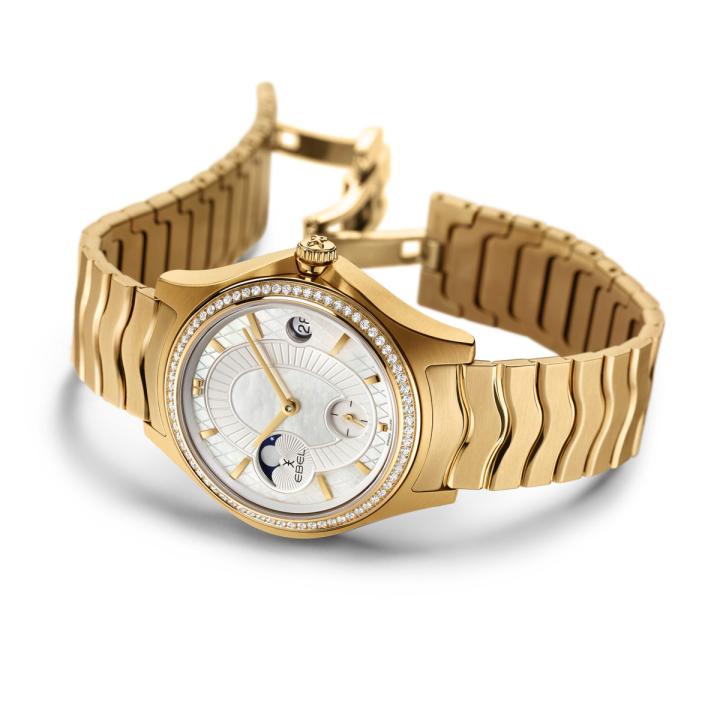 These automatic models come with the option of a matching gold bracelet or an alligator leather strap in cognac, midnight blue or burgundy. The moon phase display decorated with a sunburst guilloché motif adds an additional romantic touch, if any were necessary... 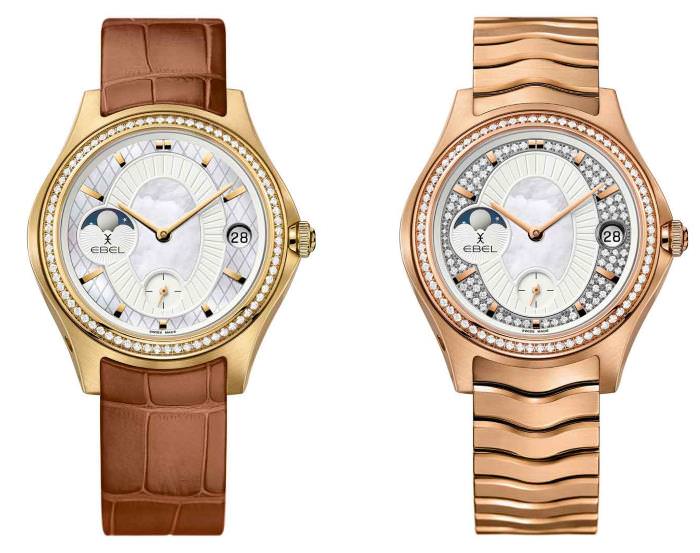 The caseback reveals the oscillating weight adorned with the Villa Turque logo, acknowledging the company’s historic links with this building in particular, and with architecture in general.

Ebel also signals its attachment to elegance with some particularly refined gem-set models this year. But given that the move is primarily a symbolic one, its scope is necessarily limited. The essence of the brand emerges just as strongly from an affordable model like the Wave, which was relaunched in 2015, pending the arrival of the Sport Classic in 2017.