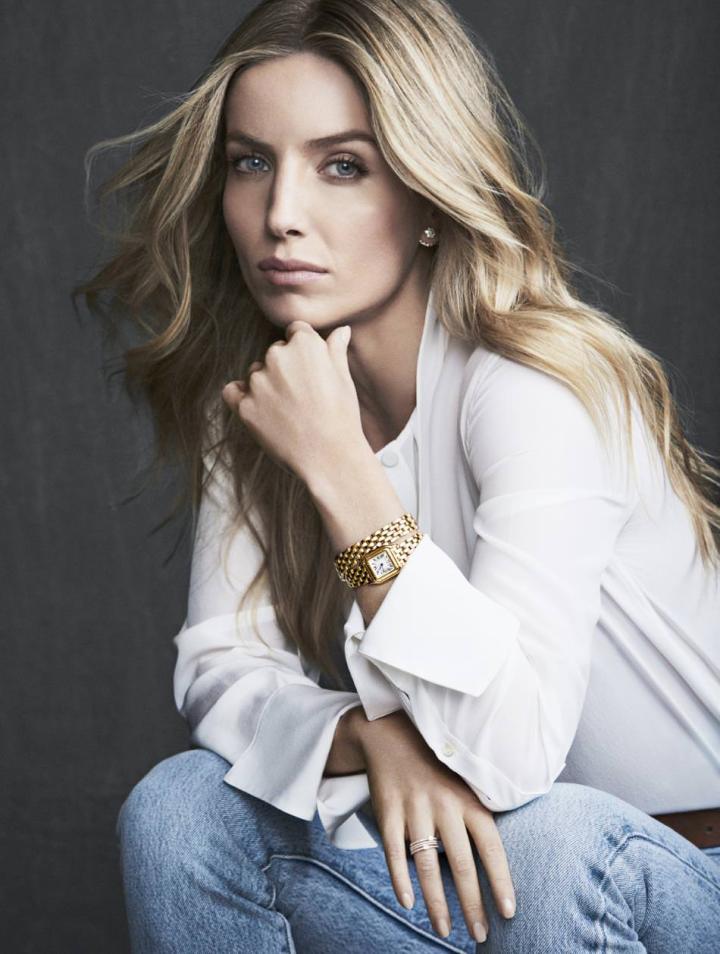 The new Panthère ambassador for watchmaking and jewellery is a cosmopolitan woman of the world: the multilingual British actress speaks Portuguese, Spanish and French.

Appearances can be deceiving. Behind her luminous complexion, blue eyes and gentle manner, the Maison discovered a great strength of character, a fearless spirit and a hunger for self-expression: the soul of a panther, driven and determined to turn convention on its head and get her teeth into something.

From her powerful performance in Peaky Blinders to action heroine in The Mummy. The Tudors and The Man Who Would Be Bond, the actress has played a wide range of roles, with 2018 being a year of many more.

In June 2018 Annabelle will embody the Panthère watch woman in a digital campaign and video scenes sh ot with a Californian vibe by American director Cass Bird. Last but not least, she is also the new Panthère de Cartier Jewellery face. “I found that Panthère de Cartier resonates with the forces and energy that drive me as a woman".

An introduction to Cartier’s Precious Watches (...)

Tiffany’s first diamond engagement ring designs for men are a modern and bold departure from the traditional wedding band.