In celebration of their 125 year anniversary, Bulgari will auction an extraordinary collection of 11 one-ofa-kind jewelry creations and 7 limited edition timepieces. The jewels’ overall value is estimated at around $4 million, and all proceeds will be donated to Save the Children’s Rewrite the Future campaign, dedicated to providing quality education for 8 million children living in conflict-affected areas.

The collection was officially presented to the public on May 20, 2009 at a private celebration inaugurating Bulgari’s first-ever retrospective museum exhibition at the prestigious Il Palazzo delle Esposizioni in Rome.

From June until November 2009 the collection will tour the world’s greatest cities, where they will be presented at a series of high-profile events. This international tour will culminate with the New York auction in December when these 18 exquisite creations will be sold at Christie’s - the world’s leading auction house. 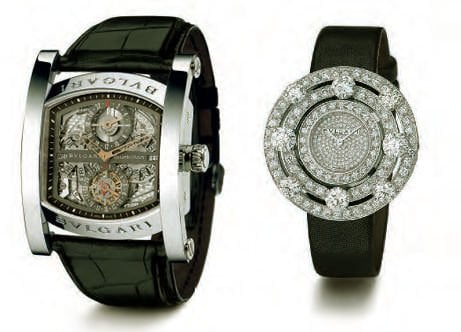 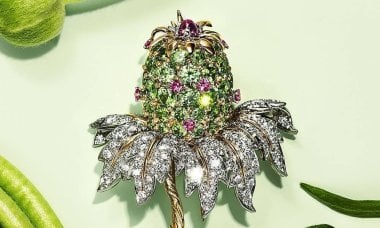 The jewellers’ ode to nature

Ever since humans invented jewellery, they have always drawn inspiration from nature. Representations of flowers or animals worn as an ornament are part of (...) 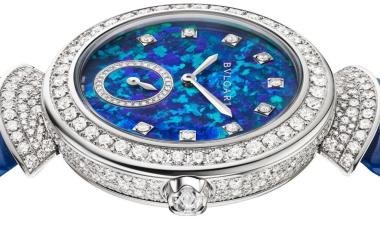 In a 37 mm-diameter case set in diamonds reflecting the fiery glow of opal, the Divas’ Dream presents one of the most beautiful horological complications: a (...) 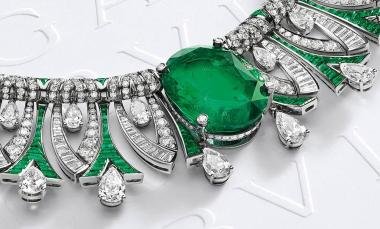 Bulgari Eden The Garden of Wonders

This High Jewellery and Watches collection includes for the first time in the Bulgari history more than 30 creations dedicated to the emerald. This (...)
Bvlgari

Marking the 50th anniversary of the Royal Oak, Audemars Piguet has imagined two sets of fine jewellery watches using only the invisible setting, the most (...)