This year, the Alhambra collection welcomes four long necklaces, which reinterpret the emblematic lucky motif in materials teeming with life. The creations are accompanied by a ring in guilloché yellow gold and a jewelry watch, expressing the timeless elegance of this icon of Van Cleef & Arpels.

Four new Magic Alhambra long necklaces are taking up their places in the Alhambra collection. Recognizable by their generous motifs, these creations are embellished with noble materials suffused with life. 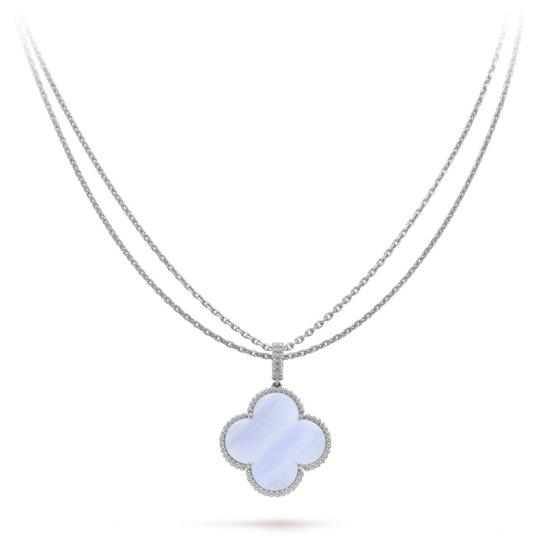 Chalcedony combines its bluish hues to the sheen of white gold, while gray mother-of-pearl coordinates its iridescent over tones with rose gold, in a delicate assortment of warm tones. 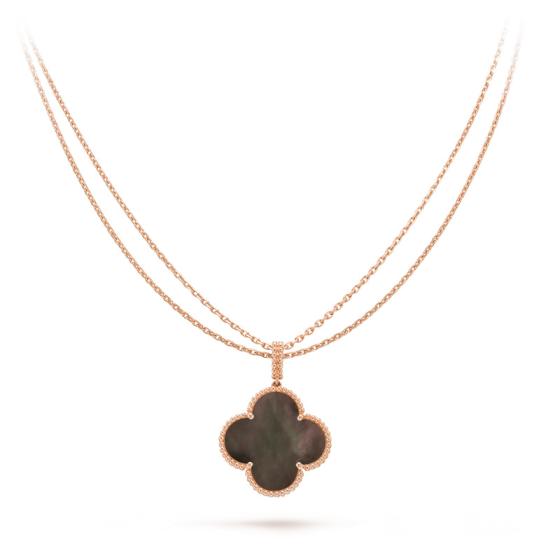 On a third piece, the Maison brings together blue agate – which first appeared in the collection in 1989 – with yellow gold. With its colors, the creation evokes the softness of the blue glow of twilight : that enchanting luminosity visible between daylight and darkness. 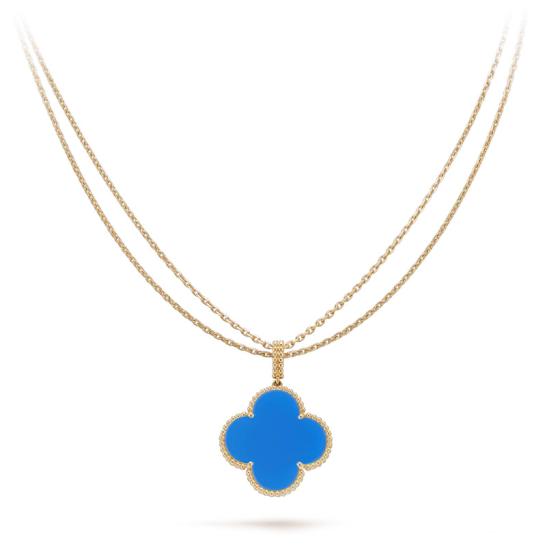 On the Magic Alhambra long necklace in guilloché yellow gold, interplays of dazzling lines captivate the gaze with their solar reflections. 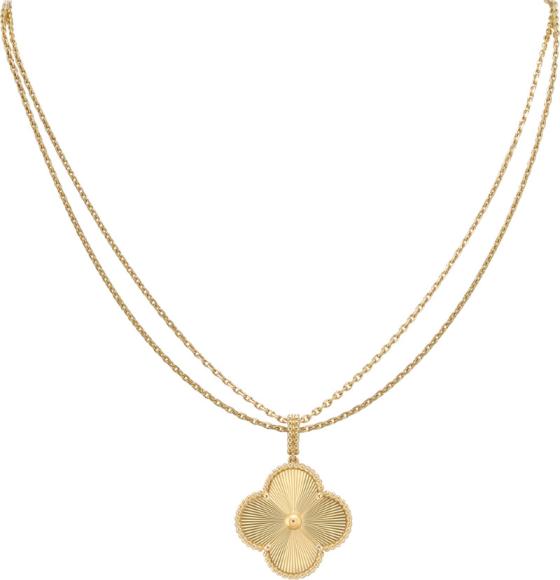 Thanks to Van Cleef & Arpels’ expertise, the depth of the striations and their sun-shaped pattern bring a subtle relief effect to the surface, creating an intense circulation of light. A new Vintage Alhambra ring in yellow gold matches the long necklace. 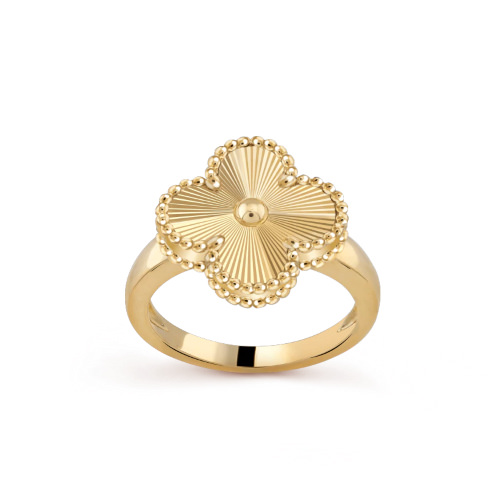 These creations are faithful to the tradition of transformable pieces, perpetuated by the Maison since its foundation. Each piece can thus be worn in different ways: as a long or semi-long necklace, or as a short one by doubling the chain. The creations can be wrapped around the wrist as bracelets or draped down the back, to suit any mood.

The Sweet Alhambra jewelry watch seems entirely consecrated to light. Around the guilloché dial, the bracelet alternates radiant motifs in guilloché rose gold and pink mother-of-pearl . Appearing for the first time in the Alhambra collection, the latter material has been chosen for its natural pink color with silky over tones. The mother-of-pearl motifs have been carefully matched, before being delicately polished to create a shiny surface. 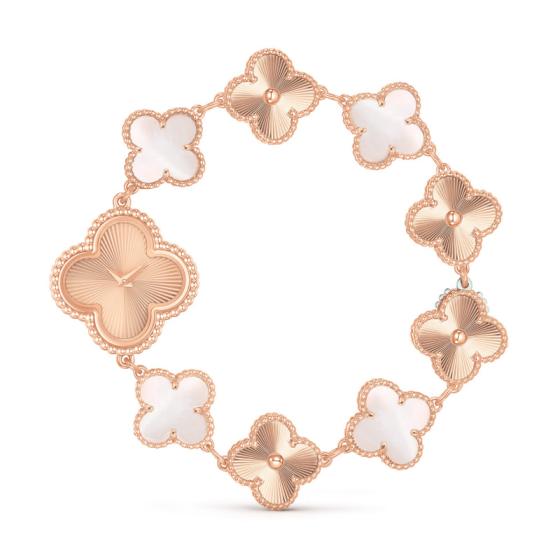 Guilloché rose gold is also making its debut in the Alhambra collection; the engraving gleams as it catches the light. The hours thus slip by with a sparkle on this jewel that tells the time.

“To be lucky, you have to believe in luck,” as Jacques Arpels – Estelle Arpels’ nephew – used to say. Ever cherished by the Maison, luck is a value that has of ten guided it s foot steps and inspired some of its most characteristic creations.

In 1968, the Maison created the first Alhambra long necklace, inspired by the four-leaf clover shape. Like a harmonious token of luck, it was made up of 20 motifs in creased yellow gold, delicately fringed with golden beads. The symbol was an immediate success, establishing itself throughout the world as an icon of luck and emblem of Van Cleef & Arpels. 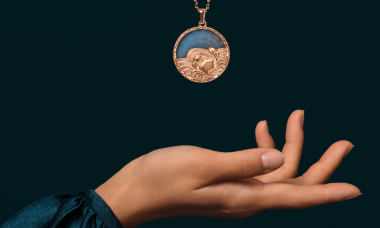 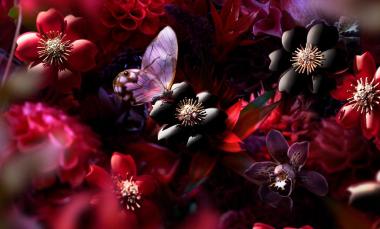