When English painter and illustrator Alexandra Jefford creates jewellery, it becomes a miniature work of art that you can carry with you.

When English painter and illustrator Alexandra Jefford creates jewellery, it becomes a miniature work of art that you can carry with you.
W

hen you look at Alexandra Jefford’s jewellery, it’s impossible not to make a connection with the art world, which is in fact where she comes from. A designer, painter and illustrator, Alexandra Jefford was born and educated in Geneva before moving to London to study fine art at Central Saint Martins. 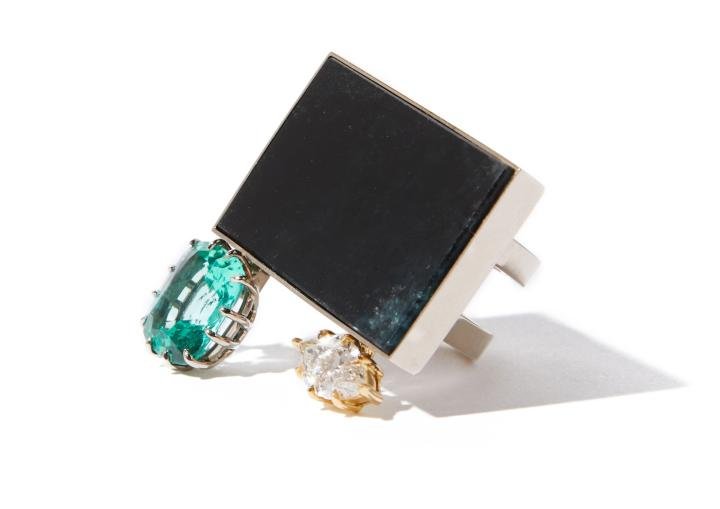 Her specialities are engraving and drawing, but to tell all her inner stories, she felt the need to add a new medium to her artistic palette: jewellery. She studied jewellery design at the Gemological Institute of America and gemmology at the Gemmological Association of Great Britain, and in 2002 she launched her first creations.

Her specialities are engraving and drawing, but to tell all her inner stories, she felt the need to add a new medium to her artistic palette: jewellery.

The influence of Bauhaus and early 20th century abstract art can be seen in her collections. Alexandra Jefford also pays homage to Kasimir Malevitch, whose black square she interpreted in a ring that she presented, among other creations, at the GemGenève exhibition in November 2021. 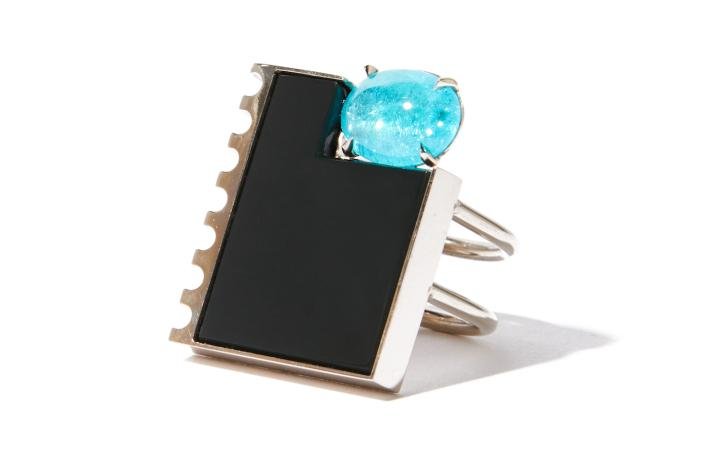 When asked to explain her vision of jewellery, the artist’s answer provides the key that opens the door to her creative universe: “I draw, I paint, I sculpt, I have always worked in a visual context, that of shapes, textures and colours. Jewellery is at the crossroads of all these paths. There is also another dimension to jewellery: in addition to its visual aspect, we become emotionally attached to it. You take the time to look at it, you wear it. It has a talismanic dimension where the person you are, as well as the person who gave it to you, play a role... Jewellery, in that sense, has a lot of power.”

The first piece Alexandra Jefford created – a diamond ring, which she sold to a friend – was the hardest to let go of. But then she created another piece of jewellery, which she then sold, allowing her to create yet another, and so on. Because she doesn’t advertise, doesn’t promote herself and refuses to be categorised as a “jewellery designer”, it took a while for people to realise that something new was happening in her London studio. 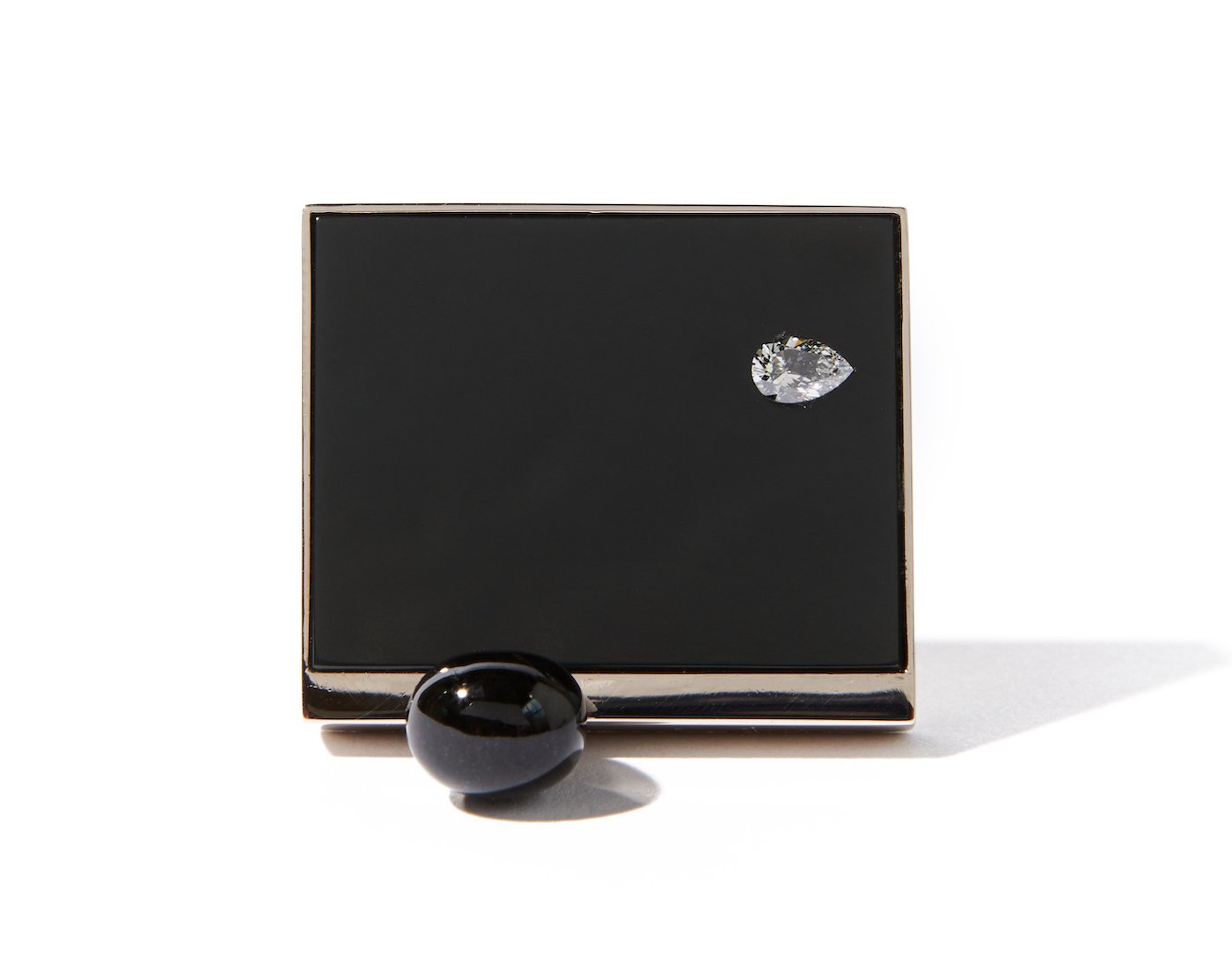 Gradually she began to receive commissions, from private clients but also from institutional actors including the Victoria & Albert Museum and the Smythson Company, for whom she designed a series of rings on the theme of love. She has exhibited at galleries and art fairs in London, Paris and Miami. Her jewellery is unique. One of her rings has an extra dimension: in addition to its role as an ornament and an object of beauty, it is also an aid to meditation. “I do a lot of yoga, and I know many people who meditate with crystals or stones. That inspired me to create this ring: when you meditate, you turn it upside down, let the stone rest in your palm, and you start to enter into silence. I’m very keen to create a whole series with different kinds of stones. Of course, some people don’t believe in the energy of stones, but that doesn’t matter.” The beauty of the object itself is beyond debate.

One of her rings has an extra dimension: in addition to its role as an ornament and an object of beauty, it is also an aid to meditation. 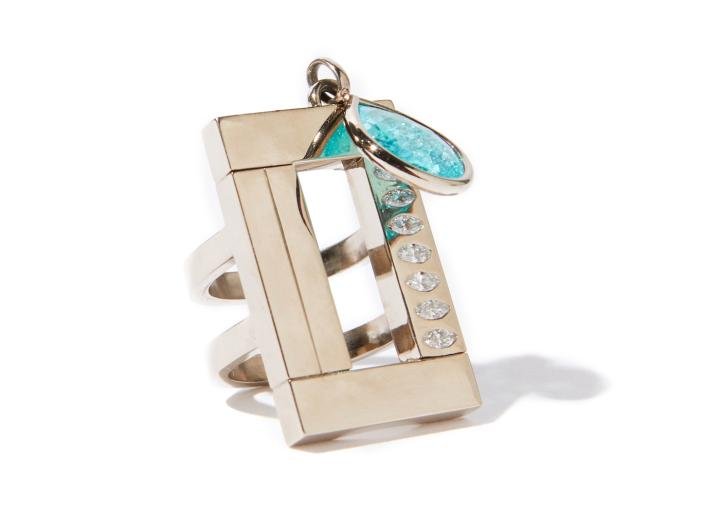 Alexandra Jefford hates it when people talk about her jewellery as wearable art. In reality, it’s much more than that. Although it’s an artistic object, that’s not all it is: it can also be a talisman, helping people in their spiritual practice. It’s also an expression of the artist’s dual culture. A piece of jewellery has both a static and a fluid aspect. It combines the sober and the playful, the monochrome and the coloured, the symbolic and the material. In the end, this is jewellery that feeds the mind.

The innovative start-up Provenance Proof has launched the first online marketplace for traceable gems. A first in the industry, it allows buyers and (...)