The French jeweller completes its collection with Animal Tattoo, a series of 21 exclusive pendants inspired by terrestrial and marine wildlife depicted in ultra-graphic lines, “rocking” the traditional codes of bestiary creations.

The French jeweller completes its collection with Animal Tattoo, a series of 21 exclusive pendants inspired by terrestrial and marine wildlife depicted in ultra-graphic lines, “rocking” the traditional codes of bestiary creations.
T

he climax of the new Akillis Animal Tattoo collection takes the form of a Manta Ray extending its majestic, silken, luxurious “wings” over the nape of the neck, the shoulders and shoulder blades: a veritable work of art.

The Manta Ray, 38 cm long and 36 cm wide, features 22 mobile components, each individually assembled for ultimate flexibility. Like the pendants, its graphic design adopts the searing lines created for the Tattoo collection; unmistakable Akillis triangles round out the contours, representing the animal’s dorsal fin and tail.

Fashioned entirely in black DLC-coated titanium, the Manta Ray’s lightness is enhanced by the abundance of bare spaces interspersing its sharp lines. Each of the nearly two dozen components, made up of 246 grain-set- and close-set black diamonds, contributes to its ethereal quality, further adorned by a shower of black hematites that cascade over the shoulders, enveloping the arms and caressing the skin. As with Haute Couture, the creation is fitted and adjusted on Stockman mannequins. The piece requires a total of 130 hours of work to assemble.

Untamed, sensual and wild, Akillis’ vision of the animal kingdom pulsates with Rock N’Wild tattoo magnetism. The brand drew from its repertoire of silhouettes and its unique channels of seduction: searing lines created for the Tattoo collection, sharp triangles, alternating solids and openwork to reveal the skin. Unexpected thunderbolts electrify a koala’s branch, a zebra’s neck, a lion’s mane...

To express the character and personality of each animal, Akillis workshops opted for the exacting precision of a meticulously calibrated laser to cut Animal Tattoo pieces from a single sheet of metal. The laser beam infuses the king of the jungle’s erupting mane with life, and imparts the punk panache of the zebra’s neckline. It also forms the head, the triangular jaw and the incised, arrow-like tail fin of the hammerhead shark.

The black & white versions in white gold undergo black DLC treatment - a cutting-edge technique known for its applications in luxury watchmaking and aeronautics. The workshop called on a specialized craftsman to individually treat each specific segment intended to retain the gleam of white gold. The Diamond-Like Carbon was then applied on the remaining surfaces like a veneer of jet-black ink.

The versions in titanium and black diamonds seem to be etched directly on the skin. The material is so exquisitely light as to be virtually weightless for absolute comfort. Finally, Akillis’ obsession for excellence means that the reverse side of each jewellery tattoo piece is stunningly calligraphic and just as magnificent as the front. 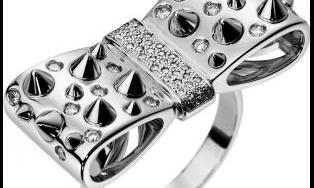 Akillis - God Save The Punk

Akillis dares again by launching God Save The Punk, a punk-inspired-yet-very-romantic collection. Prepare for Akillis’ new design focused on a delicate (...) 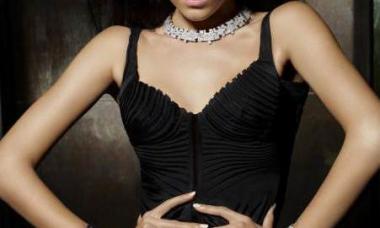 Akillis is born from the desire to rejuvenate the traditonnal fine jewelry world. Its mission to create a collection where each piece has its own story to (...)
FOR MORE

Nicolas Bos, the President and CEO of Van Cleef & Arpels, was appointed head of the Parisian jeweller in 2013. Over the years, he has established a (...)

The theme of this year’s competition is: “Welcome to the Roaring Twenties.” The competition is open to all jewelry and gemstone designers as well as gold- and (...)

An introduction to the élégante by F.P.Journe 12 rows of diamonds

F.P.Journe presents the élégante 12 rows of diamonds watch, on a 40 mm case, with new set bracelets. These new versions reflect the know-how of the (...)

The latest creations amplify the dualities within Cartier’s codes, playing with duplication and textural counterparts to create a visual language of rhythm (...)